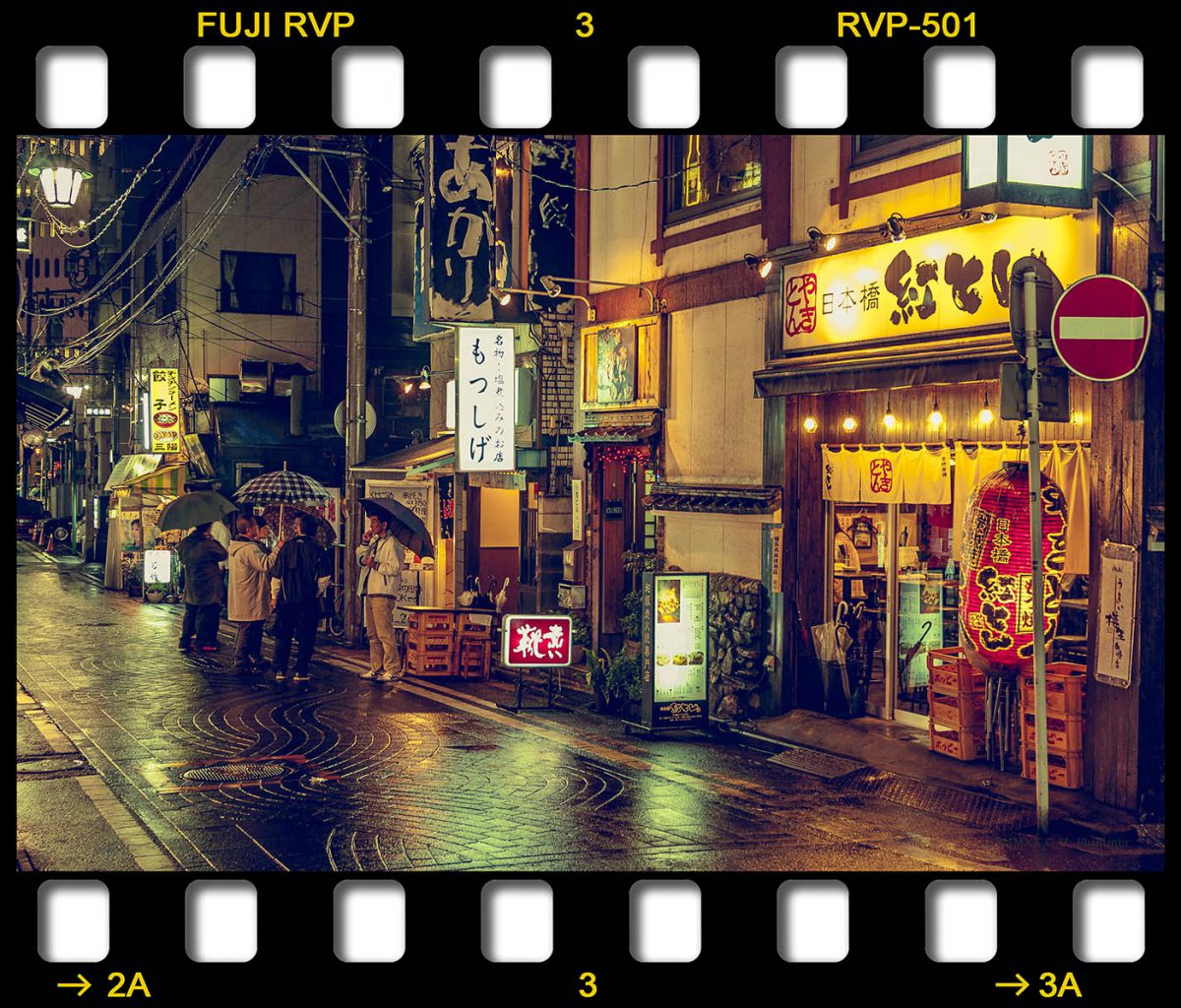 A wet evening in Nogecho - Yokohama

Like most baby boomers born just after WWII, I was not a fan of Japan or the Japanese when growing up.  As a kid I read comics showing fanatic soldiers waving swords and screaming Banzai as they attacked brave Allied soldiers.  During my teens, my family was assigned to Singapore and there I learnt about the Japanese occupation of Malaya during WWII.  I attended Changi Grammar School and passed Changi Prison each day.  Even the Chinese lady who ran the school “tuck-shop” conjured memories of the war. She received that concession from the authorities in gratitude for the clandestine support she provided for the prisoners-of-war in Changi.  The passage of twenty years had not softened memories of the war and I absorbed a general prejudice against Japan and Japanese with no firsthand knowledge or understanding of either.

My prejudices began to change in 1988 when I was assigned by Mobil to work with a Japanese engineering contractor in Yokohama.  This was followed by two more assignments to Yokohama allowing me to spend about four years living in Japan.  Thereafter, I worked with Japanese engineering companies and made regular business trips to Tokyo and Yokohama until I retired.  Suffice to say, that those four years living in Yokohama and the long working relationship with Japanese colleagues educated me and changed my opinions from prejudice to admiration for Japan’s culture and a deep respect for the capabilities and qualities of its industry.

Infrared images with a Digital Camera